The electronic part of the CDS is relatively simple compared to its installation. I started by gluing the sensor box to the metal window frame with a 2-sided glue strip.

Then I found a small reflector on an old bicycle and glued it with plaster at the exact position on the opposite wall.

Some time passed until I decided to finally connect the water pipes to my automatic irrigation system. I did that only when I discovered a small hole in one of the main pipes and had to take it apart and replace that section of the pipe. So I added a T-shaped connector and drew a line towards the window. 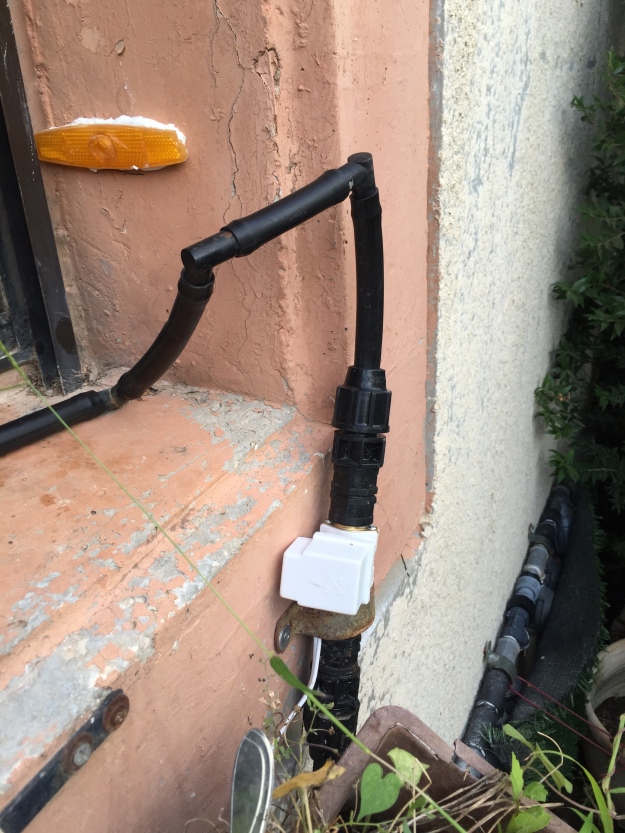 This is how both ends of the system look like.

And … it works perfectly!

And here is how it looks from outside.